Last Saturday I attended “Silent Salute: Women Directors of Silent Film” at Small Green Door in East LA; the event was a tribute to female and LGBTQ directors of silent film, both historical and contemporary. The space is a creative studio by day and gallery by night. Off busy Atlantic Avenue, I entered through an unassuming gate and passed a courtyard decorated with string lights. Claire Heddles, Small Green Door’s publicity point person, greeted me at the doorway. She was wearing a red velvet usher’s jacket—fitting for the space: digital projector, low lighting, self-serve candy and a vintage popcorn machine. Small Green Door has always been devoted to offering an immersive experience. 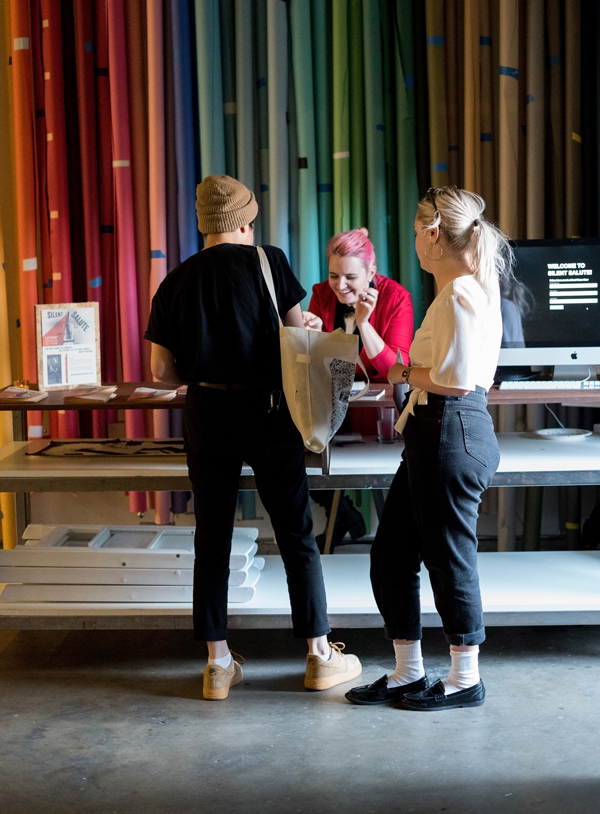 Heddles introduced me to Karl Leone, the curator responsible for tonight’s programming. The inspiration for “Silent Salute?” Riding this moment in time when women and the LGBTQ community are speaking up for their place in the industry to acknowledge those whose voices as pioneer filmmakers have been largely forgotten. Did you know Alice Guy-Blache was making narrative films well before Edwin Porter’s The Great Train Robbery? Me neither. Part of the evening’s proceeds went to the Women In Film foundation. 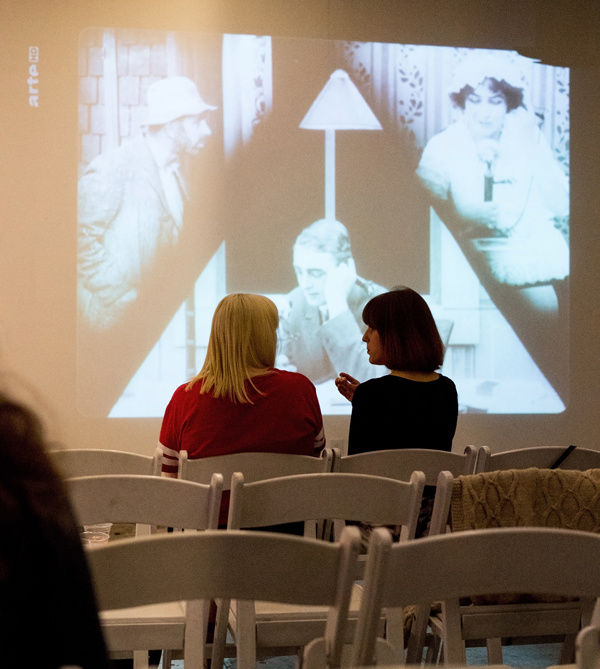 If you are like me, shy and afraid of strangers, and dread having to “mix and mingle,” then you’ll want to remember this “life hack:” Pick a spot in the room and wait for people to come to you—like Leo Estevez, one of the owners of Small Green Door. We talked about the side rooms where a photo booth decorated to echo the silent film era was, the other screened projections of Guy-Blache’s very early work. We then walked outside to see that tonight’s films were also being projected on the window facing the street. In the middle of this vast, busy avenue, there were movies for anyone who happened to walk by. 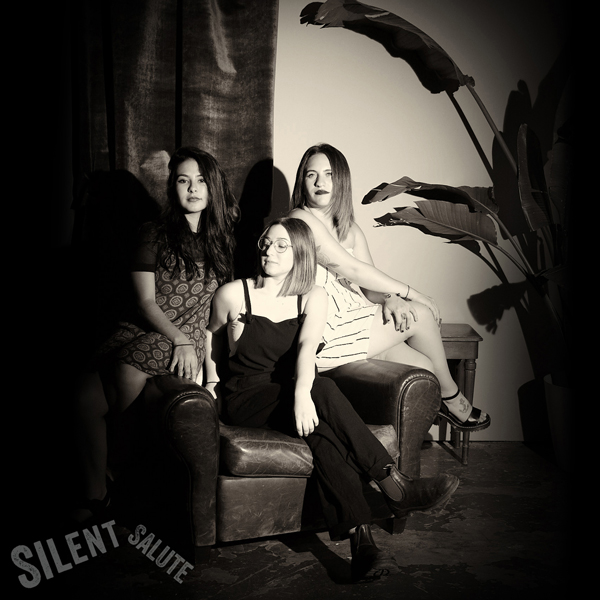 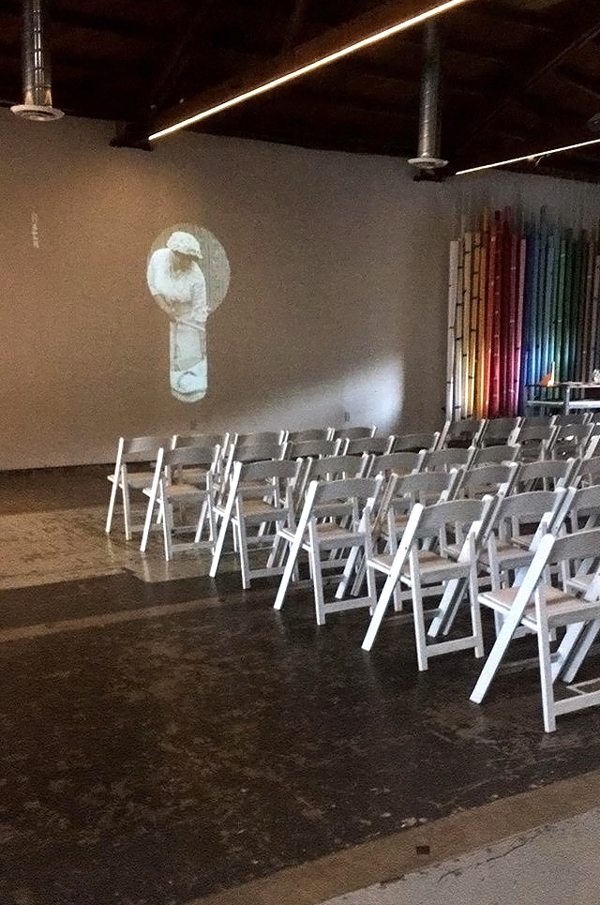 Back inside I resumed my old standing post and met Reuven Herman, composer and friend of Vivian Khor’s, also a composer and performer of the live score to some of the evening’s films—the music was all going to be improvised. A lady standing nearby joined us. She was Letitia Fairbanks’ stepdaughter, being Douglas Fairbanks Sr.’s niece. My dear reader, I was not lying to you about standing in one place. We discussed her late stepmother’s writing and the important role she played in preserving Fairbanks’ legacy. 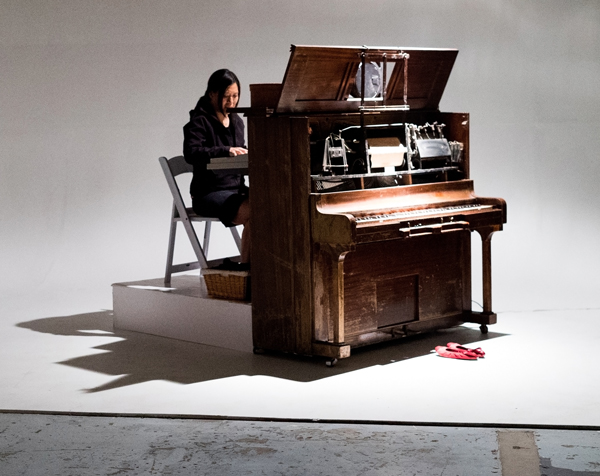 The background jazz music faded and the lights dimmed, signaling the start of the screening. Khor played piano from behind a partially disassembled pianola, a set-prop gifted to Small Green Door by a recent film production. The screening showcased silent era works by Guy-Blache and Lois Weber as well as contemporary filmmakers: Frances Damien Arpaia (Let’s go to the Trans Ladies Picnic), Catherine Corman (Alice in Wonderland, Jane Eyre), Chanelle Tyson (I Just Wasn’t Made for These Times), and Alexandra Velasco in collaboration with the School of the Alternative (Disobedience of Plastic). I was deeply drawn in and moved by how much the music supported the artwork. 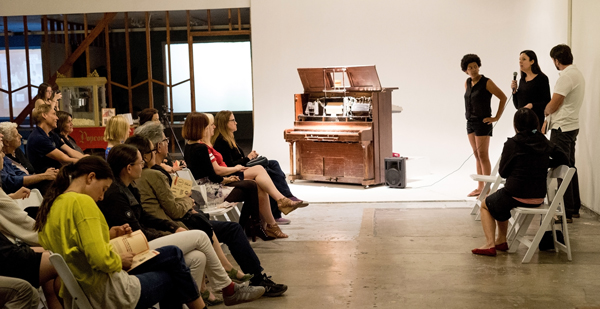 The evening wrapped up with a filmmakers’ Q&A, after which Leone invited everyone to chat and have another drink. The goal? To create a community that comes together through art. Check out Small Green Door’s website (www.smallgreendoor.com) and get on their mailing list for future events. Plus, I got a sneak peek at their upcoming show, and it’s not to be missed.